Cleaning and Protecting Your Concrete: A Concrete Blog

Slab sawing is a process used to cut horizontally and vertically into flat surfaces such as pavements, bridge decks and floors. It is also referred to as flat sawing The process requires diamond blades made strong enough to penetrate the hard concrete surface. With slab sawing, you have a reliable solution for creating penetrations that allow you to carry out repairs on utilities fitted within the concrete such as electrical cabling and plumbing pipes. Slab sawing has numerous upsides compared to conventional methods of penetrating the concrete using hammers and chisels. Here are some of the reasons you should go for slab sawing:

The blades used in slab sawing are fitted on a mobile, walk-behind machine. It is easier for the solid blades on the machine to slice through the concrete than using a hammer to hit the concrete flow manually to penetrate it. The operator pushes the machine over the concrete and you will penetrate it within a short time unlike the conventional method. This also helps you to cut down your labour cost.

It is More Precise

Precision is another advantage of slab sawing. You can measure, map out the concrete area that you want to remove and cut it accurately with the blade. This reduces the amount of patchwork that you will have to do after sawing the concrete. On the other hand, there is a lack of precision when using the conventional concrete removal method. The workers remove irregularly shaped pieces of concrete from the slab, meaning that the surface has to be re-laid to achieve the same neat finish it had.

When sawing the slab, the operation does not produce any vibrations that shatter the concrete surface. You can remove concrete from a large area while maintaining the slab's structural integrity. In brief, slab sawing does not cause cracks on the surrounding concrete surface. However, the constant hitting used in the conventional method causes high-impact vibrations that can potentially cause micro fractures on the surrounding concrete. This weakens the surface.

It Produces Little Noise and Dust

Unlike the conventional removal method, flat sawing does not produce a lot of dust. The pieces are neatly cut to size with no rubble left after the cutting; hence you won't have to a lot of cleaning to do after the work. Moreover, slab sawing is also a relatively quiet process compared to conventional concrete removal because there is no hammering. 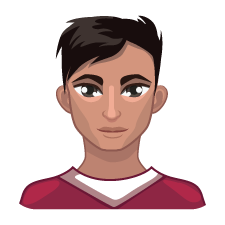 Properly maintaining your concrete can add years to its lifespan, and it can also ensure your concrete stays safe and doesn't cause anyone to trip or get injured. Hi, my name is Molly, and I own a small boutique. A few years ago, one of my shoppers tripped on my poorly maintained concrete and held me liable. Luckily, I was well insured, but it caused my insurance rates to increase substantially. As a result, I decided I needed to expand my horizons beyond fashion, and I spent a lot of time learning everything I could about maintaining concrete and keeping it clean. New to the world of concrete? Need advice? Check out these posts. Enjoy.